Dear all,
Grace and Peace to you in the name of our Lord and Savior Jesus Christ.
Word:
“So I say to you: Ask and it will be given to you; seek and you will find; knock and the door will be opened to you.Luke 11: (NIV)
This is the confidence we have in approaching God: that if we ask anything according to his will, he hears us. 15 And if we know that he hears us—whatever we ask—we know that we have what we asked of him. 1 John 5:14-15 (NIV) 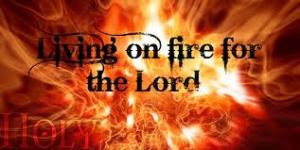 Thought:
God’s timing is never late.
Do you remember how your way was blocked,
And coming to a gate you knocked and knocked?
Till God’s time came and then He opened wide
A way thine eyes ne’er saw, thy foot ne’er tried
– Mrs Charles Cowman, Streams in the Desert

No matter what the circumstances are, He is with us and He is carrying us in His Shoulders. Let us ask God to fill our hearts with Thanksgiving thoughts for all His blessings in Christ Jesus.
Let us be the channel of blessing to many Nations!
The Journey Team
thechapelbr.com
https://thejourneyinchrist.wordpress.com/

Dear all,
Be strong in the Lord and His mighty power. Ephesians 6: 10
Word: Psalms 63
I will lift up my hands in Your name. My soul is satisfied as with marrow and fatness, And my mouth offers praises with joyful lips.
https://www.biblegateway.com/passage/?search=Psalm+63&version=NASB

Thought: Intimacy with God
Quality of our relationship with the LORD determines the quality of life.

Dear all,
Greetings in the mighty name of our Lord Jesus Christ.
Word: Hebrews 4: 16; Let us then approach God’s throne of grace with confidence, so that we may receive mercy and find grace to help us in our time of need. Hebrews 4: 16

Thought: Prayer is our approach to God. The answer from God for our Prayers may be “Yes”, “No” or may be even “wait” – Spiritual maturity and the multidimensional growth process is progressive in our continuous walk in Christ Jesus.
The Secret of Prayer is Praying Secretly – E. M. Pounds
Have a Victorious walk in Christ
The Journey Team
www. thechapelbr.com/adult/counseling

Greetings in the trustworthy name of our Lord and Savior Jesus Christ.

But he was pierced for our transgressions, he was crushed for our iniquities; the punishment that brought us peace was on him, and by his wounds we are healed. We all, like sheep, have gone astray, each of us has turned to our own way; and the Lord has laid on him the iniquity of us all. He was oppressed and afflicted, yet he did not open his mouth; he was led like a lamb to the slaughter, and as a sheep before its shearers is silent, so he did not open his mouth. Isa 53: 5-7

The Messiah Lord Jesus Christ suffered for our sake, bearing our sins to make us acceptable to Holy God. What can we say to such love? How will we respond to him?

God bless your Journey in Christ.

Greetings in the name of our Lord and Savior Jesus Christ.

Word: “The Triumphal entry into Jerusalem”

21 As they approached Jerusalem and came to Bethphage on the Mount of Olives, Jesus sent two disciples, 2 saying to them, “Go to the village ahead of you, and at once you will find a donkey tied there, with her colt by her. Untie them and bring them to me. 3 If anyone says anything to you, say that the Lord needs them, and he will send them right away.” Matthew 21:1-3

The Coming of Zion’s King

Rejoice greatly, Daughter Zion! Shout, Daughter Jerusalem! See, your king comes to you, righteous and victorious, lowly and riding on a donkey, on a colt, the foal of a donkey. Zechariah 9:9

The triumphal entry of Jesus was predicted by Zechariah more than 500 years before it happened. Just as this prophecy was fulfilled when Jesus came to earth, the prophesies of his second coming are certain to come true. We are to be ready for his return, for he is coming!

Be strong and glad!

The LORD took him outside and said, “Look up at the sky and count the stars—if indeed you can count them.” Then he said to him, “So shall your offspring be.” Abram believed the LORD, and he credited it to him as righteousness.  Gen 15: 4-5.

In verse 12 – Bible says that the sun was going down. In verse 5 Bible says God called Abram out of his tent and ask him to look up at the sky and count the stars. God can show stars even in the day time. He is the creator of this Universe and His blessings are beyond our imaginations.

God is the beginning and the end. He is our creator and has numbered all our days even before we were born.  When circumstances are not in favor of you, when things go wrong don’t despair rather trust in God for He is in control.

He said to me, “This is the word of the LORD to Zerubbabel: ‘Not by might nor by power, but by my Spirit,’ says the LORD Almighty. Zec 4:6